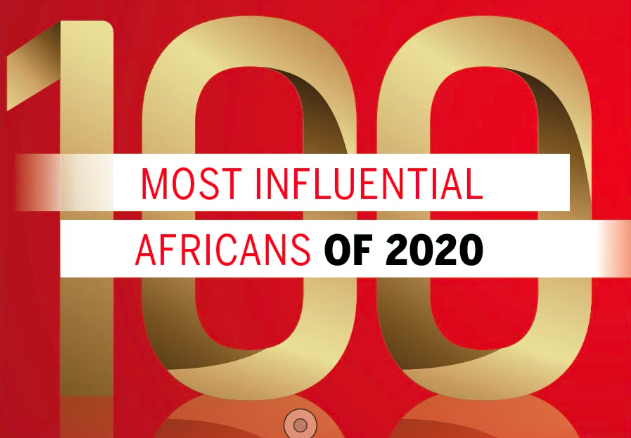 Welcome to our selection of the 100 Most Influential Africans of 2020.

2020 may have been the most annus horribilis of all the anni horribiles in living memory, but it has produced no less a field of outstanding contenders for New African‘s selection of the 100 Most Influential Africans of the year. New African editor Anver Versi introduces this year’s list.

As usual, we expect our annual selection to generate quite a bit of talk – social distancing permitting – and delight at finding someone you admire making the list could be tempered by disappointment that the figure you are positive should be there is not.

But as they say, c’est la vie. Nevertheless, we are sure you will find plenty of very tasty morsels from the big tray of goodies that our listing offers – and also perhaps a lot of pleasant surprises.

Enough has been said about 2020 being the most annus horribilis of all the anni horribiles in living memory for us to allow it to further dampen your mood by referring to it yet again – except under duress.

What we will permit ourselves to say is that 2020 has been ‘different’ and with a vengeance! But this has simply meant that the focus has shifted from the usual suspects in these listings – politicians, sports people, business tycoons and some artsy folk – to those who make the year not just liveable but have provided us with life-saving entertainment – actors, writers, producers, musicians, comedians and so on.

Naturally enough, the people who literally saved lives and kept us as safe as humanly possible, the physicians, scientists and the epidemiologists who wrestled with the Covid-19 monster in do-or-die struggles, feature significantly in this year’s list.

Here you will also find the leaders who recognised the danger when it first raised its ugly head and took swift and effective action while many of their contemporaries elsewhere were still dithering. Thanks to this rapid intervention, Africa, of all the world’s regions, to this day has been least impacted by the virus. May it continue to be the case.

A decade or so ago, we published a well-researched and thoughtful article lamenting the ‘cultural desert’ that Africa had become. Our contribution to the world of the arts had been reduced to little more than ‘tribal’ dances enacted for the amusement of tourists and a handful, if that, of writers who carried the entire burden of the continent’s intellectual and artistic output on their shoulders.

Within a decade, these extraordinarily talented – and very hard working – men and women have been busy completely erasing the stereotypical image of a backward Africa and installing in its place the fresh, bright face of a continent bursting with originality and creativity. We take great pleasure in presenting many of these artistic heroes and heroines of our continent.

Some of them have flowered in the diaspora, where despite having to endure racism and prejudice – or perhaps because of it – they have risen above their peers in gardens full of superlative blooms.

Lockdown or no, the business of life must go on. Our entrepreneurs have always been some of the most rugged and determined individuals in the world. The virus may have flattened national economies, but it has not crushed the spirit of African enterprise or innovation. Over these pages, you will meet or be reacquainted with our captains of commerce and industry who have made a mark, many again, in their fields of expertise.

Written and edited by Anver Versi.