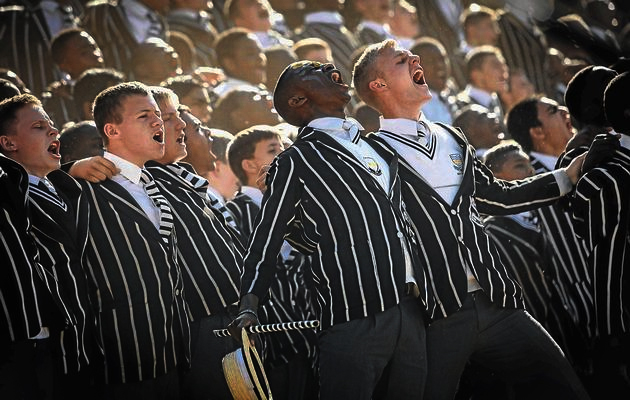 The best matric results in the school’s history

Whilst many in the Jeppe community, particularly those who follow the School on social media or who live in Gauteng, may be aware of the history-making matric results of the Class of 2021 that were released last week, there will be many living throughout the world who are not aware of the significant milestone of the 100% pass rate, and other associated statistics, that are worthy of acknowledgement and celebration:

Whilst not necessarily headline grabbing, I am also extremely pleased, and proud, of those boys who may not have been distinction candidates but who worked extremely hard to improve their performance, including many boys in our “Braveheart” group, a programme initiated by the school to assist those boys in matric who have previously struggled academically.

After a Covid dominated two years, in which the nature and format of teaching was severely disrupted, I am also extremely proud of, and grateful to, all the teachers, throughout the grades, for their extreme sacrifice in ensuring all boys were successful in obtaining their matric pass. Whether it was the fact that not a single teacher chose to take Covid related disability leave, or their support in writing a full set of examinations at the end of 2020 when few other schools did – a decision which, I believe, had a significantly positive impact on these results – or the fact that the entire school had returned to full-time onsite learning by August 2020 when, even today, 80% of school children in South Africa remain on a rotational model, the dedication, commitment and passion which the entire educator body have shown not only to the matrics, but to our entire academic programme throughout the school, has been remarkable.

The challenge going forward will be to sustain, and improve on, these results so that many of the aforementioned achievements become the norm, rather than the exception. As I said in my interview on 702 last Friday, I have every belief that with the support of our wider community, including parents and old boys, and with the impending commencement of academically-related capital projects such as the renovation and repurposing of the library into an academically-driven Innovation Hub, the academic future of Jeppe High School for Boys is a bright one. Lastly, I would like to pay tribute to many in the old boy community whose direct and indirect support – whether it be through their Legacy Club (formerly 100 Club) contributions, sponsorship of Jeppe learners, investment into school infrastructure or simply speaking positively about the school in your social and business circles – has played such a material role in the achievement of these academic results. These contributions, by hundreds of old boys throughout the world may individually appear insignificant but, when aggregated, have made a huge difference to the school and, in this case, an improved academic performance and enhanced academic culture. I reiterate my invitation to all members of the old boy community to visit us on campus, experience firsthand the wonderful developments taking place both within and outside the classroom and become inspired about the future of our school and Jeppe High School for Boys’ role in building a positive future for our country. Thank you to our wonderful old boys and friends of Jeppe High School for Boys!